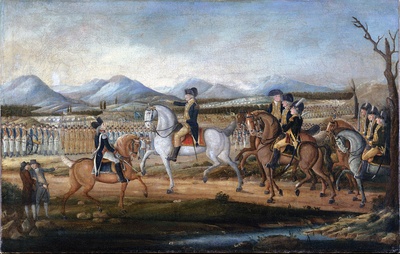 A 1791-92 federal tax on liquor angers Pennsylvania farmers and leads to a rebellion. The tax was established in order to raise money for the national debt and to assert the power of the government. The small farmers, who distilled whiskey and used liquor as an informal currency, refused to pay the tax and even attacked the revenue officers who attempted to collect it. The rebellion, which was forcefully put down by the government, marks the first opportunity for the government to enforce law within the states. 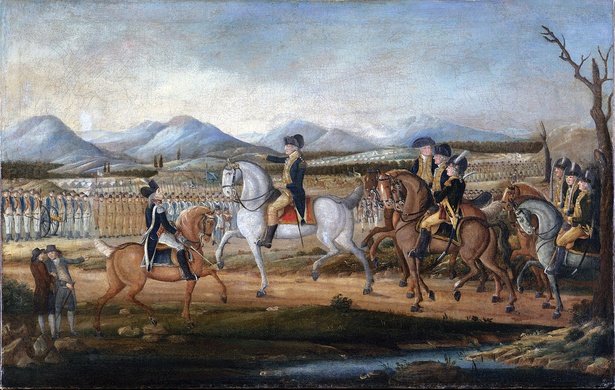 George Washington reviews the troops near Fort Cumberland, Maryland, before their march to suppress the Whiskey Rebellion in western Pennsylvania.