c. 900 - 100 BCE
Scythians use opium and cannabis in religious ritual 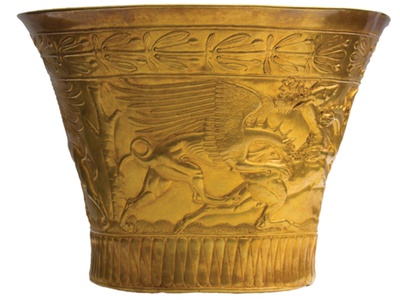 From about 900 to 100 BCE, nomadic tribes dominated the steppes and grasslands of Eurasia, from what is today western China all the way east to the Danube. Known to the outside world as Scythians, these people were united by their nomadic, horse-centered lifestyle but were never a single political entity.

A once-in-a-lifetime discovery by Russian archaeologist Andrey Belinski has provided new insight into their drug-using reputation. While excavating what appeared to be an ancient burial site, Belinski and his team found a pair of tiny solid gold, elaborately decorated vessels that had crusty patches of sticky black residue on them. On analysis, the residue was found to contain both opium and cannabis.

The residue seems to confirm stories told by ancient authors, like Herodotus, that the Scythians marked important occasions with drug-fueled rituals. Belinski thinks the opium was consumed as a concentrated drink, perhaps while cannabis was burning nearby. He is convinced that both drugs were being used simultaneously. His team also found evidence that the site was not a common burial place. More likely, it was the site of some important religious ritual in which opium and cannabis were consumed.


Recent excavations of grave sites in the Turpan area of north-west China reveal evidence of cannabis use for medicinal, psychoactive and religious purposes. In one tomb from the Jiayi cemetery, thirteen nearly whole, locally produced Cannabis plants were used as a burial shroud. The body was that of a 35 year old male. The roots of the plants were grouped together under the pelvis and the upper parts of the plants were laid diagonally across the body to form a shroud. In the Yanghai cemetery, from the same area and historical period, the grave of a male shaman was found with a large supply of processed female Cannabis flowers (bracts, seeds, and stems). The people of the area at the time (c. 800-400 BCE) were light-haired blue-eyed Caucasoids speaking an Indo-European language. They were predominantly pastoral and engaged in limited crop growing. Yet the cannabis in these graves appears to have been carefully cultivated by people with relatively advanced knowledge of the plant.


Herodotus reports on a post-funeral ritual among the Scythian people which involves a cannabis vapour-bath. He writes: "After the burial the Scythians cleanse themselves as follows: they anoint and wash their heads and, for their bodies, set up three poles leaning together to a point and cover these over with wool mats; then, in the space so enclosed to the best of their ability, they make a pit in the center beneath the poles and the mats and throw red-hot stones into it. They have hemp growing in their country, very like flax, except that the hemp is much thicker and taller [...] The Scythians then take the seed of this hemp and, crawling in under the mats, throw it on the red-hot stones, where it smoulders and sends forth such fumes that no Greek vapor-bath could surpass it. The Scythians howl in their joy at the vapor-bath." 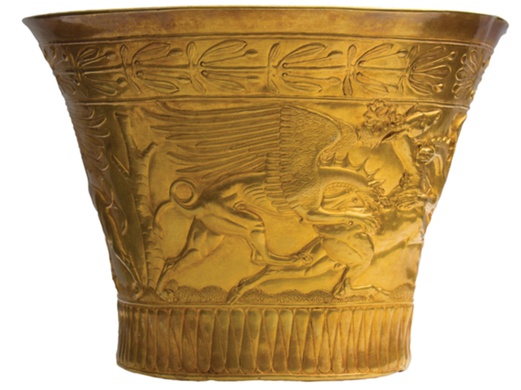 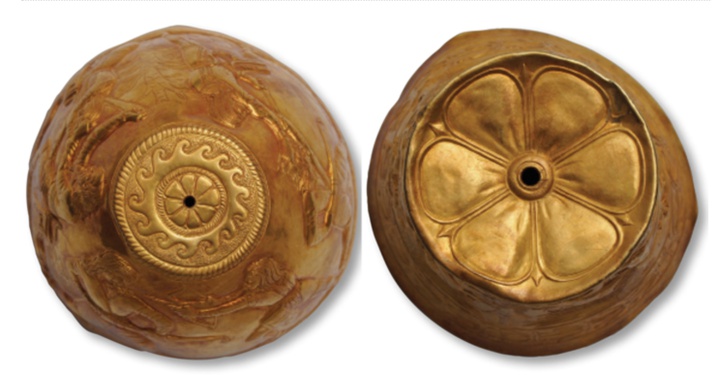