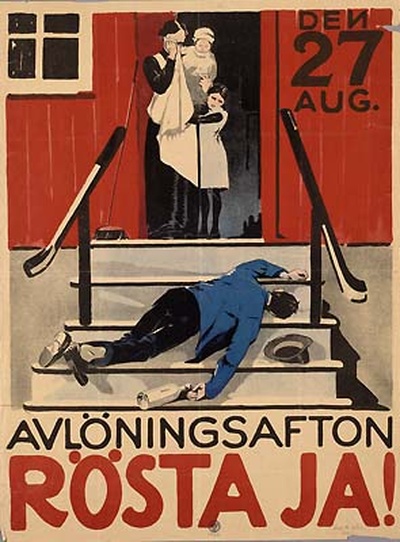 In 1909, a trend toward prohibition starts developing in Sweden. Encouraged by the success it elicits during a general strike, temperance societies organize a national vote about alcohol prohibition. The result indicate that the public attitude is in favour of prohibition, with 1'900'000 votes supporting it (compared to 17'000 against it). Prohibition is ultimately rejected during a plebiscite vote in 1922. 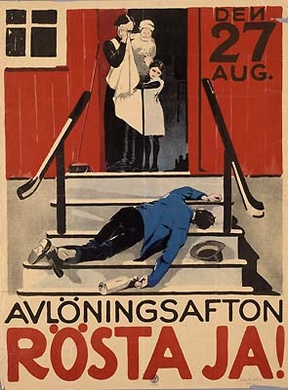