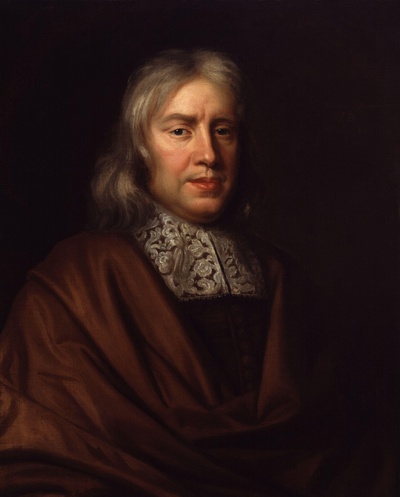 English physician Thomas Sydenham popularized laudanum and standardized the recipe: two ounces of opium in a pint of strong red wine or port, spiced with saffron, cloves and cinnamon. For the next two centuries pharmacy jars filled with this rust-coloured liquid would be decorated in gold leaf with the motto Laudanum Sydenhamii.

Like Paracelsus, Sydenham was convinced that there were powerful new remedies waiting to be discovered in nature. For him, the queen of medicines was opium, revered since antiquity, unequalled in the relief of pain, the suppression of coughs and respiratory ailments, the treatment of diarrhea and dysentery and the provision of deep and refreshing sleep. With his standardization of laudanum, Sydenham promoted the ideals of purity and standardized doses. But he also maintained a healthy skepticism about the limits of drugs. The best thing a physician could do for his patients in many cases, he wrote, was “nothing at all.”


Paracelsus, born Philippus Aureolus Theophrastus Bombastus von Hohenheim, was a German-Swiss alchemist, physician, and botanist and a contemporary of Copernicus, Leonardo da Vinci and Martin Luther. He was openly defiant toward the medical authorities of his day. As a professor of medicine, he angered many of his colleagues by lecturing in German rather than Latin. He believed medical knowledge should be made available to the common people. He argued for a humanist approach, saying, "The patients are your textbook, the sickbed is your study." Paracelsus is credited with inventing laudanum (a concoction made from dissolving opium in alcohol). While he was not the first to experiment with opium and alcohol, his particular formula seemed useful in reducing pain. His preparation contained opium, crushed pearls, musk, amber, and other substances. Laudanum remained largely unknown until the 1660s when the English physician, Thomas Sydenham, developed a proprietary opium tincture that he also named laudanum, although it was quite different from the laudanum of Paracelsus. Paracelsus is also known for his famous quote, "Poison is in everything, and no thing is without poison. The dosage makes it either a poison or a remedy."


The 19th century was a profitable time for the makers of patent medicines. These were trademarked products with secret formulas and sold over-the-counter. In a time of high infant mortality and limited access to medical care, the children's market was particularly lucrative. Several products with names such as Godfrey's Cordial or Mother's Quietness were widely available, but the most famous was Mrs. Winslow's Soothing Syrup, introduced in 1845. The makers, Jeremiah Curtis and Benjamin A. Perkins, of Bangor, Maine, claimed it was a cure for teething pain and a number of other ills experienced by infants. Their advertising was visually attractive and often presented idyllic domestic images of mother and child. Since the two primary ingredients in Mrs. Winslow’s Soothing Syrup were morphine and alcohol it is not surprising that the syrup relieved pain and diarrhea (a common side effect of all opioids is constipation). These patent medicines were liberally used by hired nurses who cared for the children of working mothers. The over use of these narcotics no doubt contributed to increased child mortality in factory towns. Mrs. Winslow's Soothing Syrup was denounced by the American Medical Association in 1911, but was not completely withdrawn from sale until 1930. 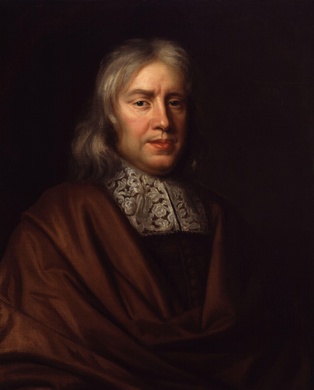 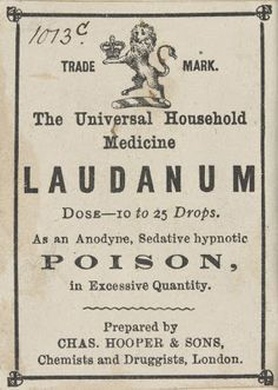 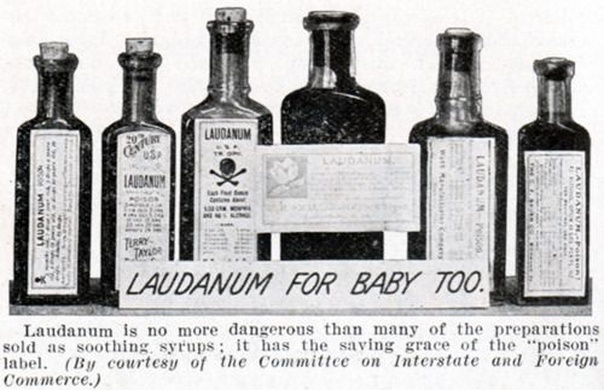 Soothing syrups were similar but less regulated
Previous Next