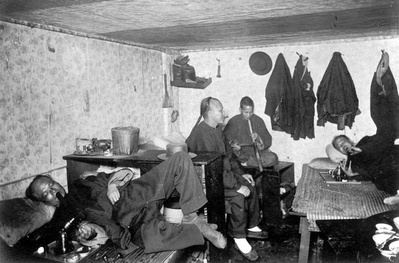 During the 1850s and 1860s, thousands of Chinese workers immigrate to the USA and introduce the practice of opium smoking to their host country. Opium smoking quickly spreads as white people take on the habit. Soon, Chinese-run opium dens open in California and opium is even offered by labor contractors as a reward to attract Chinese workers. 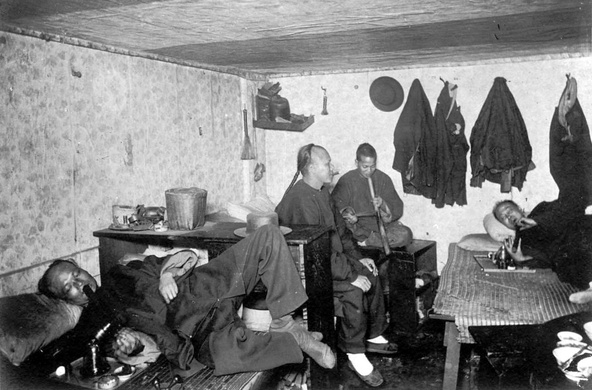