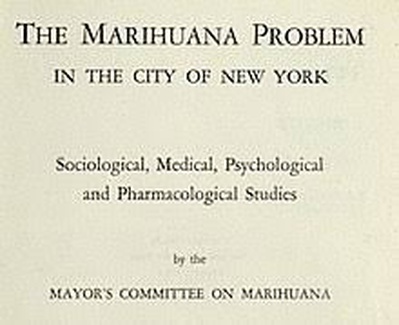 The La Guardia Committee was the first in-depth study of the effects of smoking marijuana in the United States. The report contradicted claims made by the US Treasury Department.

New York Mayor Fiorello La Guardia, who was opposed to the 1937 Marijuana Tax Act, appointed the a committee from the New York Academy of Medicine to prepare the report. As the Indian Hemp Drugs Commission had earlier discovered, the La Guardia Committee also found many popular associations were built on faulty reasoning or were complete fabrications growing out of hysteria or special interests. For example, if people who use cannabis are targeted and arrested, it will not be surprising to find that many "criminals" use cannabis. This does not prove that cannabis causes crime.


In 1893 in response to various claims and demands, the colonial Government of India convened a commission to look into he effects of the production and consumption of hemp drugs in India. The Indian Hemp Drugs Commission remains the most extensive and wide-ranging survey of a cannabis-consuming society compiled to this day. It concluded that may of the reports about the effects of hemp drugs have been "greatly exaggerated." In general, the Commission concluded, moderate use of hemp drugs had no negative impacts on physical, mental or moral wellbeing. It did acknowledge that in certain exceptional cases, "owing to idiosyncrasies of constitution," even moderate use of these drugs may have some negative physical or mental impact. Excessive use, on the other hand, was seen to have negative impact on physical, mental and moral health. The Commission was keen to emphasize that this was the case with all intoxicants and not just with hemp. The Commission rejected the idea of cannabis prohibition. Instead it favoured a standardization of cannabis taxation policy in India to ensure that prices were high enough to limit the amount that most consumers would use, while not so high that a black-market would develop.


After growing concerns about the regular cannabis smoking among U.S. troops in the Panama Canal Zone, an investigation is launched and culminated in the publication of a report. The Panama Canal Zone Report concludes that "there is no evidence that marihuana, as grown and used [in the Canal Zone] is a 'habit-forming' drug in the sense in which the term is applied to alcohol, opium, cocaine, etc., or that it has any appreciably deleterious influence on the individuals using it." No action is recommended to be taken to prevent cannabis use or sale in the Zone. 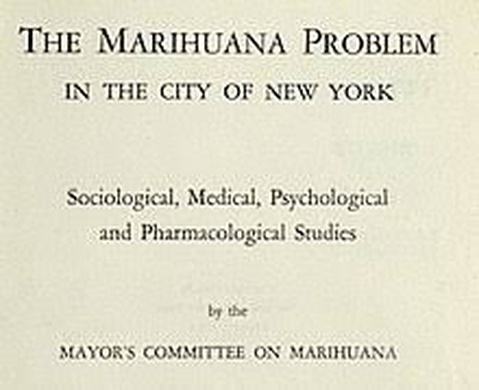