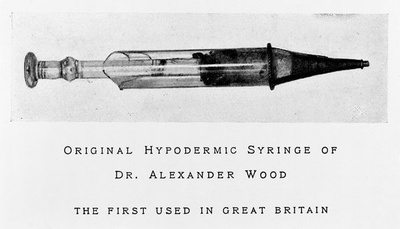 In the 1853, Scottish physician Alexander Wood pioneers the hypodermic syringe for drug administration. Two years later, Wood describes, in a paper published in the Edinburgh Medical and Surgical Journal how he had injected a patient with morphine. The paper bears the title, "A New Method for Treating Neuralgia by the Direct Application of Opiates to Painful Points." His biographer suggests that Wood had taken the sting of the bee as his model.

Syringe barrels were initially made of metal, but by 1866 they were made from glass (the needles remained metal). This enabled doctors to see what medication remained in the barrel. By the late 1800s hypodermic syringes were widely available.

Subcutaneous hypodermic injections were appealing because they had the ability to provide instantaneous pain relief. The ability to inject morphine with a syringe made frequent administration convenient. However, it has been argued that it likely contributed to the overuse of morphine. 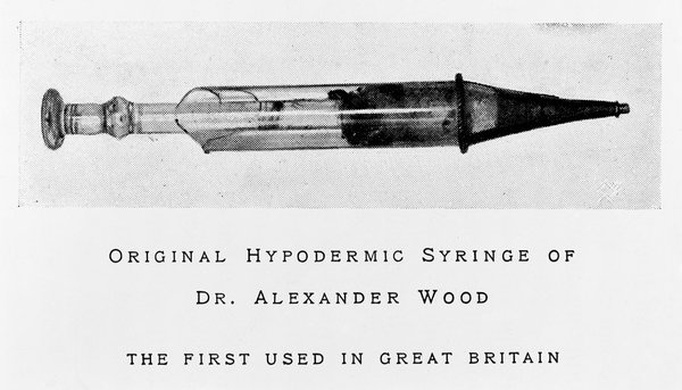 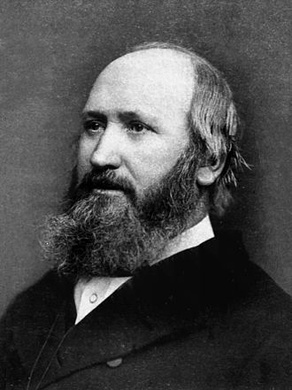 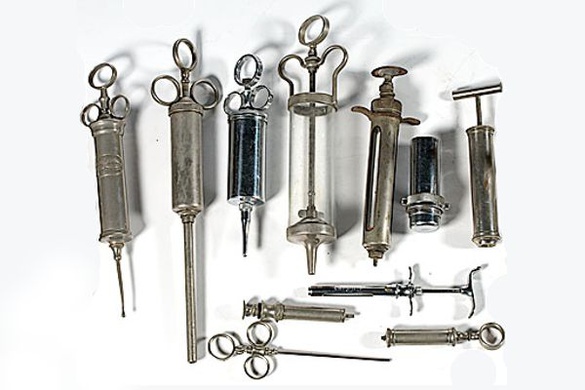 Early syringes tended to be made of metal, but later were made from glass
Previous Next