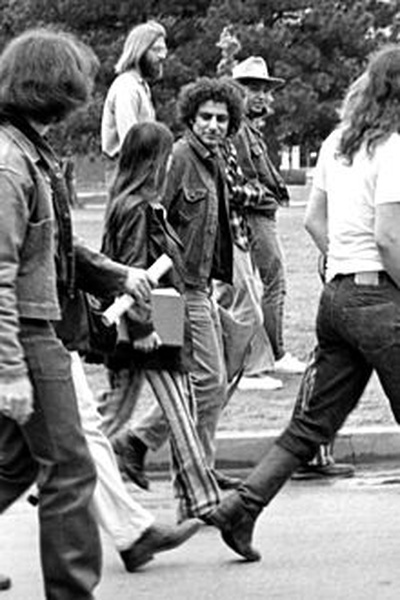 In New York, on Valentine's Day, Abbie Hoffman (an iconic social and political activist) and members of the Youth International Party (also known as the Yippies) mail out 3000 joints to addresses chosen at random in the phonebook. They offer the people on the receiving end the chance to discover what all the fuss is about, but at the same time specifically remind them that they are now criminals for possessing an illigal substance. The letter also revealed the number of people who were in jail for posession of cannabis. The mail out was secretly funded by Jimi Hendrix, a fact that was not revealed until years later. The prank attracts huge publicity.

Source: Farrell, J. J. (2013). The spirit of the sixties: The making of postwar radicalism. Routledge.