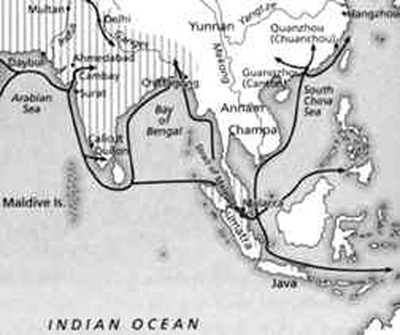 Following the Portuguese, other Western countries found they could obtain opium grown in India for a cheap price and sell it in China at a considerable profit. In the process Western sailors experimented with smoking opium. This was originally considered barbaric and subversive by the Chinese but eventually caught on and spread through the Chinese population creating a new, much larger demand for opium.

The profits from this enlarged opium trade allowed the European nations to purchase Chinese luxury goods (such as tea, porcelain or silk) that were in high demand in the West without paying so much in New World silver controlled largely by Spain.

Rise and Fall of the Canton Trade System


This essay by Peter C. Perdue provides an accessible summary of China in the world (1700-1860s) but includes background information reaching back to the 16th century and earlier.


In 1557, after years of on-again off-again relations between the Portuguese traders and the Chinese officials, the Ming court finally gave consent for a permanent and official Portuguese trading base at Macau. Macau remained under Chinese sovereignty, and the Portuguese administered the territory and paid what they considered rent but which the Chinese regarded as tribute. For over 1000 years, China had been the eastern end of the Silk Road, and European consumers had come to love Chinese silks, porcelain and tea. Starting in the 16th century and with the development of new navigational technology and sailing ships, European nations were now competing for access to Chinese ports and to control the East-West trade in luxury products. From their commercial centres in Goa, Malacca and now Macau, the Portuguese engaged not only in intercontinental trade but also in regional trade, including the transport of opium from India to China. 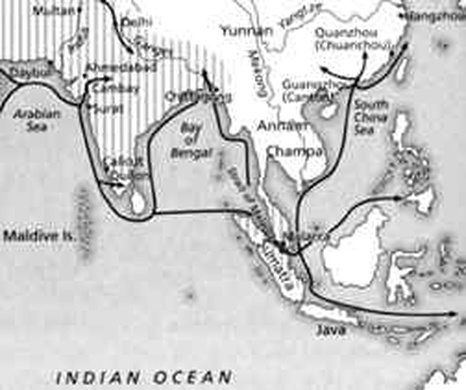