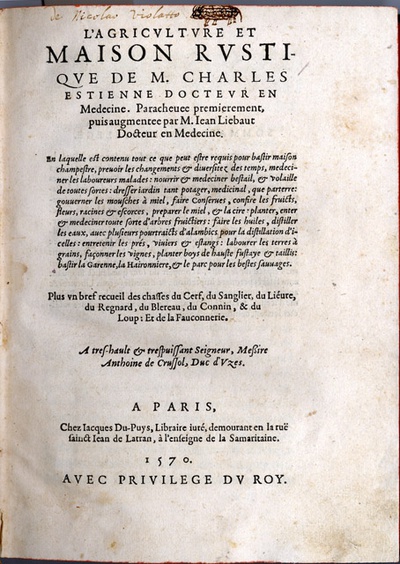 Written by Jean Liebault, the publication entitled L'Agriculture et maison rustique (Agriculture and the country home) provides entries for different agricultural products, medicinal herbs and methods of cultivation. A section on tobacco is included and dicusses the virtues of the plant, among other things. In the introduction to the chapter on tobacco, Liebault writes: Although it has only been known in France for a short time, it holds the first place among medicinal plants, because of its singular and almost divine virtue, such as you will learn later. Because none of those, ancient or modern, who have written about plants have made mention of it, I wished to know its whole history, which I have heard from a gentleman, the first author, discoverer of this herb into France." 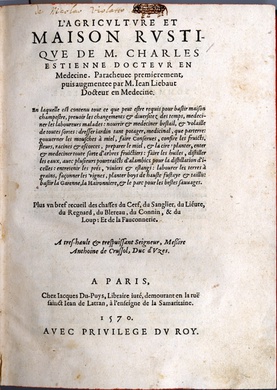