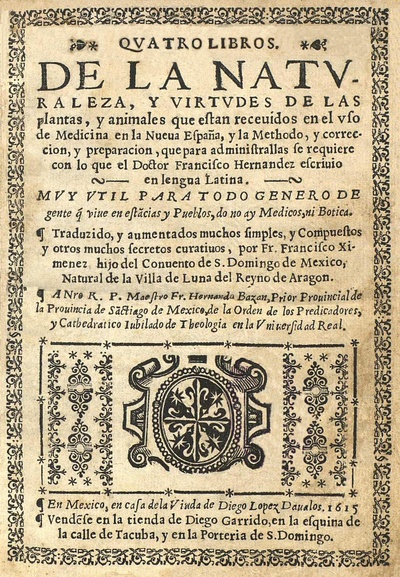 Commissioned by Philip II to collect native medical information in New Spain, Francisco Hernandez traveled to several localities in New Spain and collected data for three years. He then organized his data and worked as a doctor in Mexico City before returning to Spain in 1577. His research culminated in a manuscript that featured thousands of entries on plants, minerals and animals of Central Mexico. A chapter of the manuscript was completely dedicated to cacao, with Hernandez providing precise botanical information, classifying several varieties of cacao trees and explaining how/where they grew. He also discussed practices (mentioning that toasted cacao nibs were eaten "like almonds") and enumerated different beverages that were made with cacao. While Hernandez's works were not published until after his death, his treatment of cacao and chocolate became the locus classicus for the European medical understanding of chocolate until the 18th century.