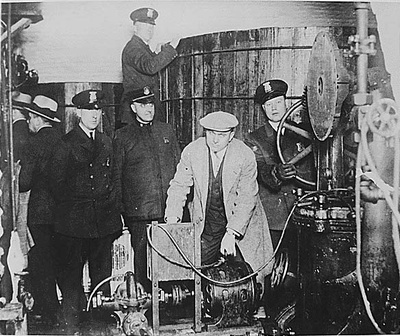 Following a campaign by Portland (a city in Maine) mayor Neal Dow, Maine law was passed. The law outlawed the manufacture and sale of alcohol in the state of Maine. Modeled on Maine Law, other prohibition laws followed in 12 states and territories. These laws represent a new philosophy of social reform by political action. 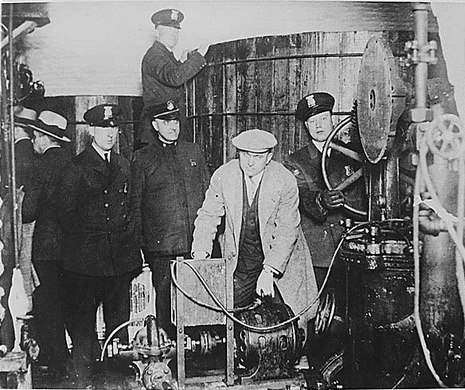 Detroit police inspecting equipment found in a clandestine brewery during the Prohibition era.