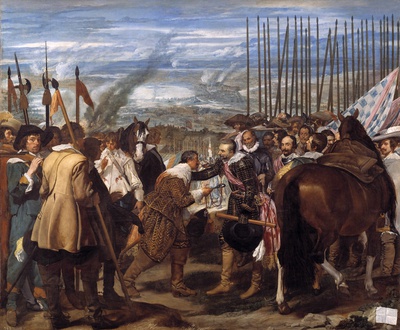 British soldiers, fighting alongside their Dutch counterparts during the Thirty Years War, were introduced to "Dutch Courage." The Dutch soldiers would sip Genever (gin) from small bottles they kept on their belts, after which they fought valiantly. British soldier began to take up the practice, and during these years the popularity of Genever increased in England. Likely, Genever had been introduced to London by the Flemish Protestant refugees who fled Antwerp in 1570, but it had not become particularly popular among English drinkers.

Distilling is banned in Belgium (1601 CE)


A distilling ban was implemented in Belgium in 1601 due primarily to the government's concern about a national food shortage. Too much grain was being used to make Genever (a distilled liquor flavoured with juniper berries, later shortened to gin in English). As a result of the ban, many distillers migrated to the Netherlands, France and Germany. Coupled with existing migrations brought about by war, the centre of prosperity shifted from Belgium to the Netherlands. With that came the knowledge for distilling Genever. While distilling alcohol from fruits and grains had prehistoric roots and juniper berries had been used as flavouring for 300 years or more, this shift was significant because distillers began to supply Genever to the Dutch East India Trading Company which then carried it around the world.


William of Orange was placed on the throne of England in 1688 after the Glorious Revolution that ousted James II. England was a mess. Affluence and extreme poverty existed side by side in London. “A Tallow Chandler shall front my Lord’s nice Venetian Window; and two or three naked Curriers [leather dressers] in their pits shall face a fine lady in her back closet, and disturb her spiritual thoughts.” What's more, England had a glut of grain so the landowners, who had put William on the throne, could not sell their crops. William who understood how Genever (gin) had created a demand for grain in his native Holland and was anxious to please the landowners, introduced a law that allowed anyone in England to distill alcohol using English grain. It was a great success—stills sprang up all over the country converting low quality grain into gin and taxes rolled into the treasury. 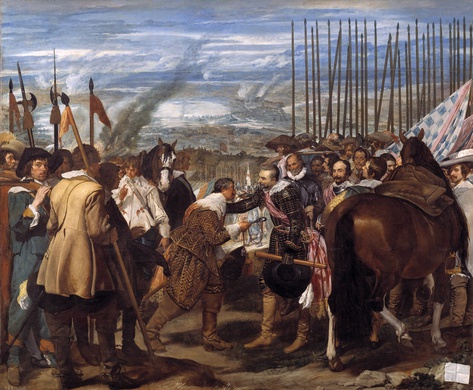 Maurice of Nassau surrenders the town of Breda to the Spanish general Spinola in Velazquez’s famous painting. English troops took part in the siege on the Dutch side.