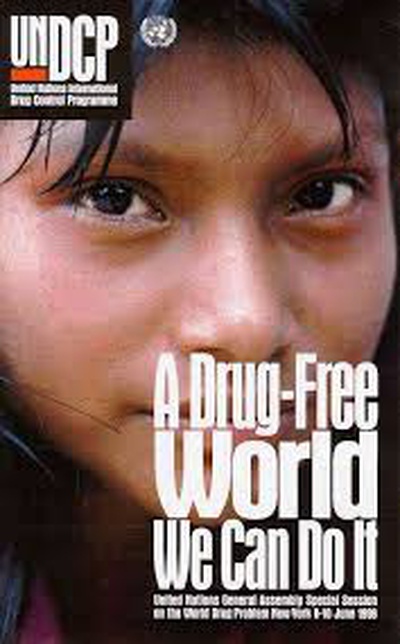 In 1998, the United Nations General Assembly Special Session (UNGASS) on the World Drug Problem declared a comprehensive global strategy for reducing the supply and demand of illicit drugs by 2008. The Assembly laid out a mandate for the UN International Drug Control Programme "to develop strategies with a view to eliminating or reducing significantly the illicit cultivation of the coca bush, the cannabis plant and the opium poppy by the year 2008." The UNGASS motto became, "A Drug Free World - We can do it!"

Eradication operations were aimed at Colombia, Bolivia, Peru, Myanmar, Lao People's Democratic Republic, Viet Nam, Afghanistan and Pakistan. These countries were expected to pay for a third of the eradication programs and were promised generous loan opportunities from the World Bank if their anti-drug programs proved successful.

But not everyone agreed with the UNGASS goal or strategy. In an open letter to the UN Secretary General Kofi Annan and published in the New York Times, a group of 500 academics, scientists and political leaders organized by the Lindesmith Center (later Drug Policy Alliance) expressed concern over the “failed and futile” attempts of world leaders to combat drug issues. The group requested “a truly open and honest dialogue regarding the future of global drug control policies - one in which fear, prejudice and punitive prohibitions yield to common sense, science, public health and human rights.”


At the twentieth special session of the General Assembly on 8-10 June 1998, Member States adopted a political declaration on countering the world drug problem.


Appearing in the New York Times, this letter was signed by more than 500 prominent academics, scientists and political leaders. 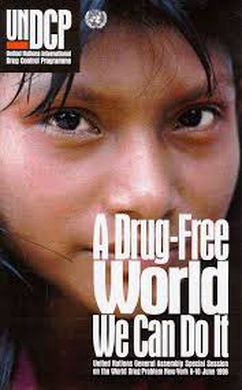 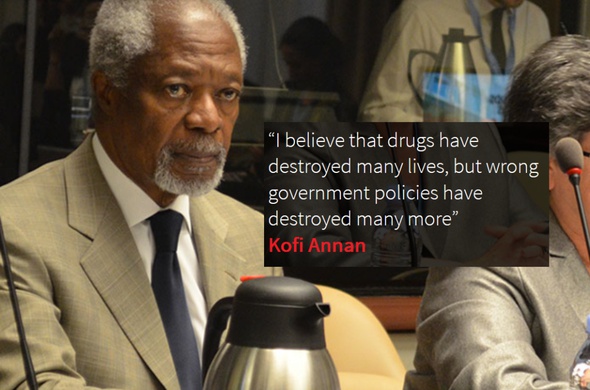 Kofi Annan at UNGASS 2016
Previous Next