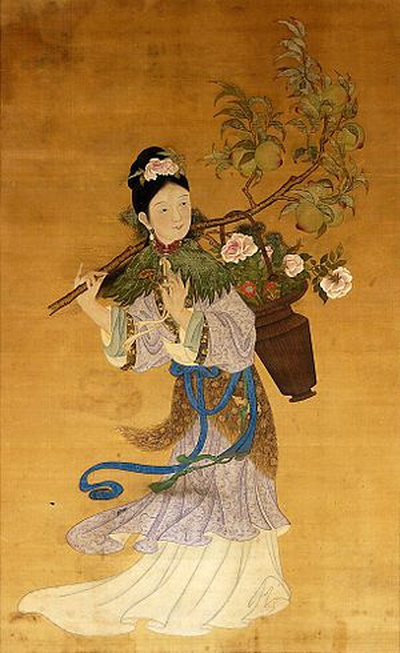 Around 100 CE, the Taoists (a religious or philosophical group in China) began using cannabis to induce hallucinations even though the group had earlier condemned its use. Cannabis only rarely and only at extremely high doses results in hallucinations. The Taoists must have been quite motivated, though, because the cannabis visions supposedly revealed the path to immortality. According to later Taoist literary sources cannabis was added to the ingredients of incense burners to "drive away the demons" and to "set forward time in order to reveal future events." 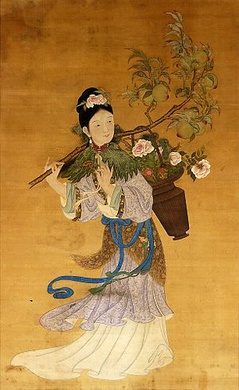 Some suggest Taoists linked cannabis use with Magu, Goddess of Longevity (image from National Museum, Warsaw)