c. 1700 - 1100 BCE
Religious and medicinal use of cannabis in Hindu sacred texts 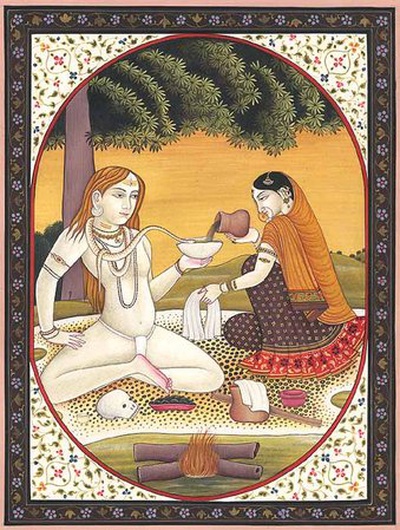 Early discussions about cannabis are found in The Vedas, or sacred Hindu texts. These writings were compiled as early as 1700 to 1100 B.C. According to The Vedas, cannabis was one of five sacred plants and a guardian angel lived in its leaves. The Vedas call cannabis a source of happiness, a giver of joy, a liberator that was compassionately given to humans to help us attain delight and lose fear.

In ancient times, medicinal use was not distinguished from religious use. Wise drinking of bhang (a cannabis drink) is said to cleanse sins, unite a person with Shiva, prevent misery and bring medicinal benefits, such as relief from stress, anxiety, boredom and fatigue, congestion, fevers, coughs and asthma and prolong life. But excessive or mindless drinking of bhang is considered sinful.

Cannabis has been popular in India since the beginning of recorded history and is still taken in the form of bhang. Nuts and spices, like almonds, pistachios, poppy seeds, pepper, ginger and sugar are combined with cannabis and boiled with milk or yogurt. 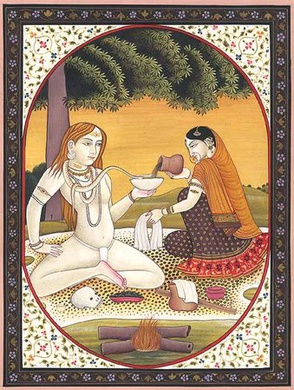