1878 CE
The Canadian Temperance Act is put in place 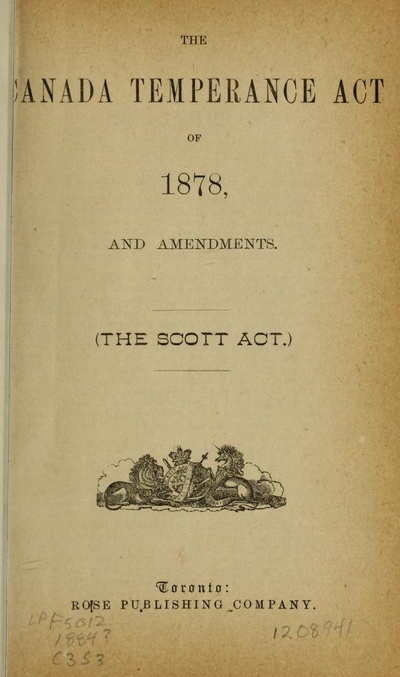 The Canadian Temperance Act allows municipalities and counties to prohibit the sale of alcohol in retail outlets. Several groups helped facilitate and promote the temperance movement on a national level, such as the Woman's Christian Temperance Union and the Dominion Alliance for the Total Suppression of the Liquor Traffic. This eventually led to most provinces (all except Quebec) voting in favor of prohibition. 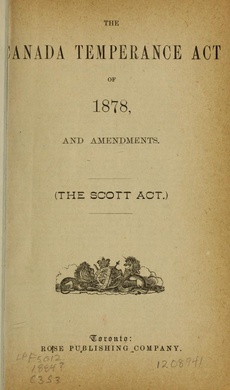 The Canada temperance act of 1878, and amendments.