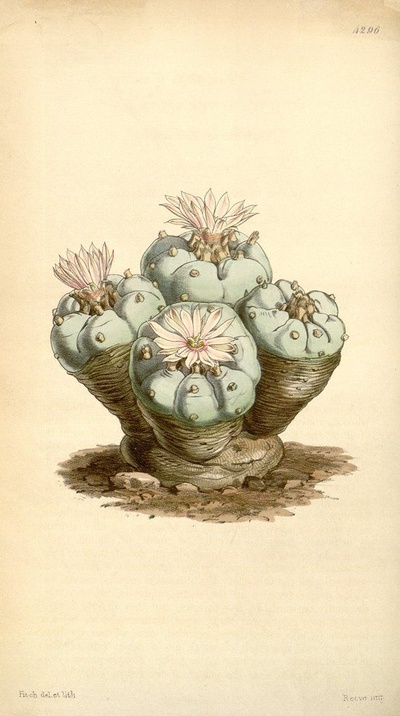 In 1845, Charles Lemaire is the first person to publish a botanical name for peyote: Echinocactus Willamsii. However, no description or image accompanied it, and it only appeared in a horticultural catalog. Two years later, in 1847, another botanist (Prince Salm-Dyck) validated Lemaire's binomial by providing a description of it. The first published picture of peyote appeared in Curtis' Botanical Magazine the same year. 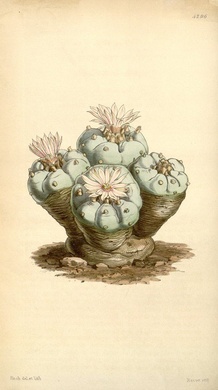