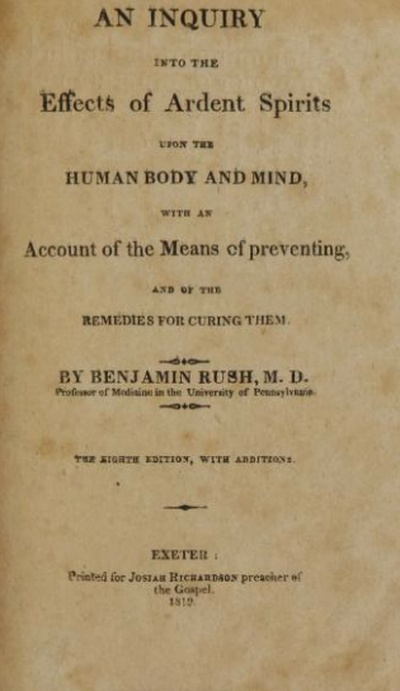 Benjamin Rush was one of the first physicians to argue that people who habitually got drunk were “addicted”. In his publication 'An inquiry into the effects of of ardent spirits on the human body & mind', Rush calls excessive consumption of spirits "a disease". This was a different narrative, as many considered alcoholism to be a "moral sin" at that time. It is argued that Rush's document played a significant role in the energizing the temperance movement. 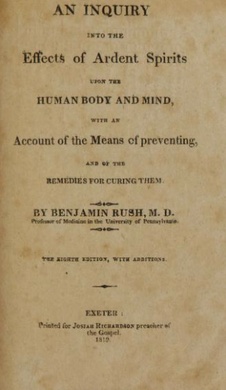