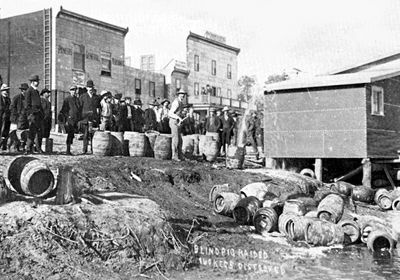 Prohibition was first enacted at the provincial level in Prince Edward Island in 1901. Others provinces followed, but not until the 1910's (during the first world war). Prohibition was seen as a patriotic duty and social sacrifice to help win the war. The provincial prohibition laws varied, but in general they closed legal drinking establishments and prohibited the sale of alcoholic beverages as well as the possession and consumption of alcohol. 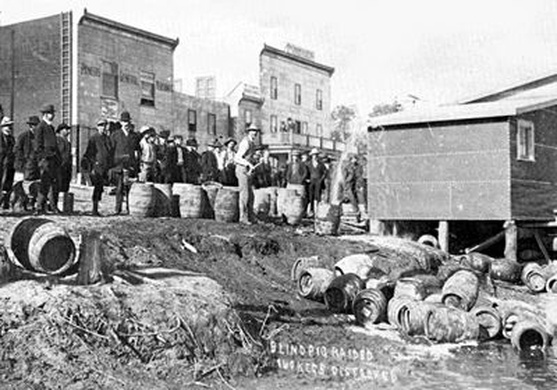 Liquor barrels emptied into the lake at Elk Lake, Ontario, during Prohibition.