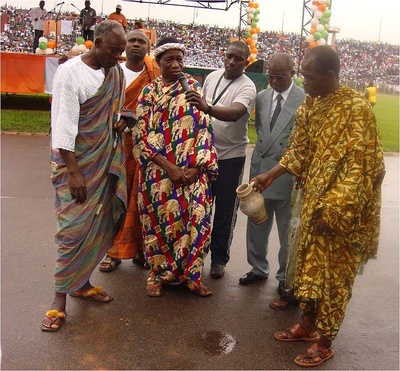 In the British Caribbean, alcohol was used as part of sacred rituals that were based on ancestor worship. The purpose of alcohol offerings was to protect individuals and the community from harm, as well as to appease malicious spirits. In the French Caribbean, alcohol was used to facilitate communication with the spiritual world. Vodoo and ancestor worship played an active role in the lives of French Caribbean slaves. Rum drinks were consumed and libations (the pouring out of a drink as an offering to a deity) were poured during ceremonies.

These types of ceremonies are still practiced in Haiti today. 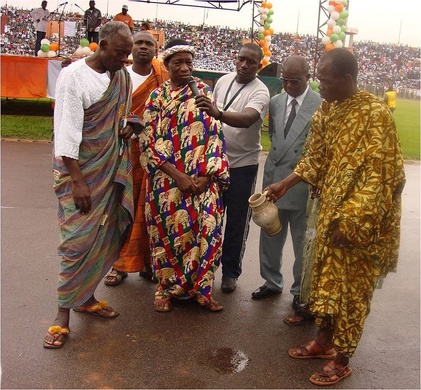 Pouring of a libation at a ceremony in Ivory Coast